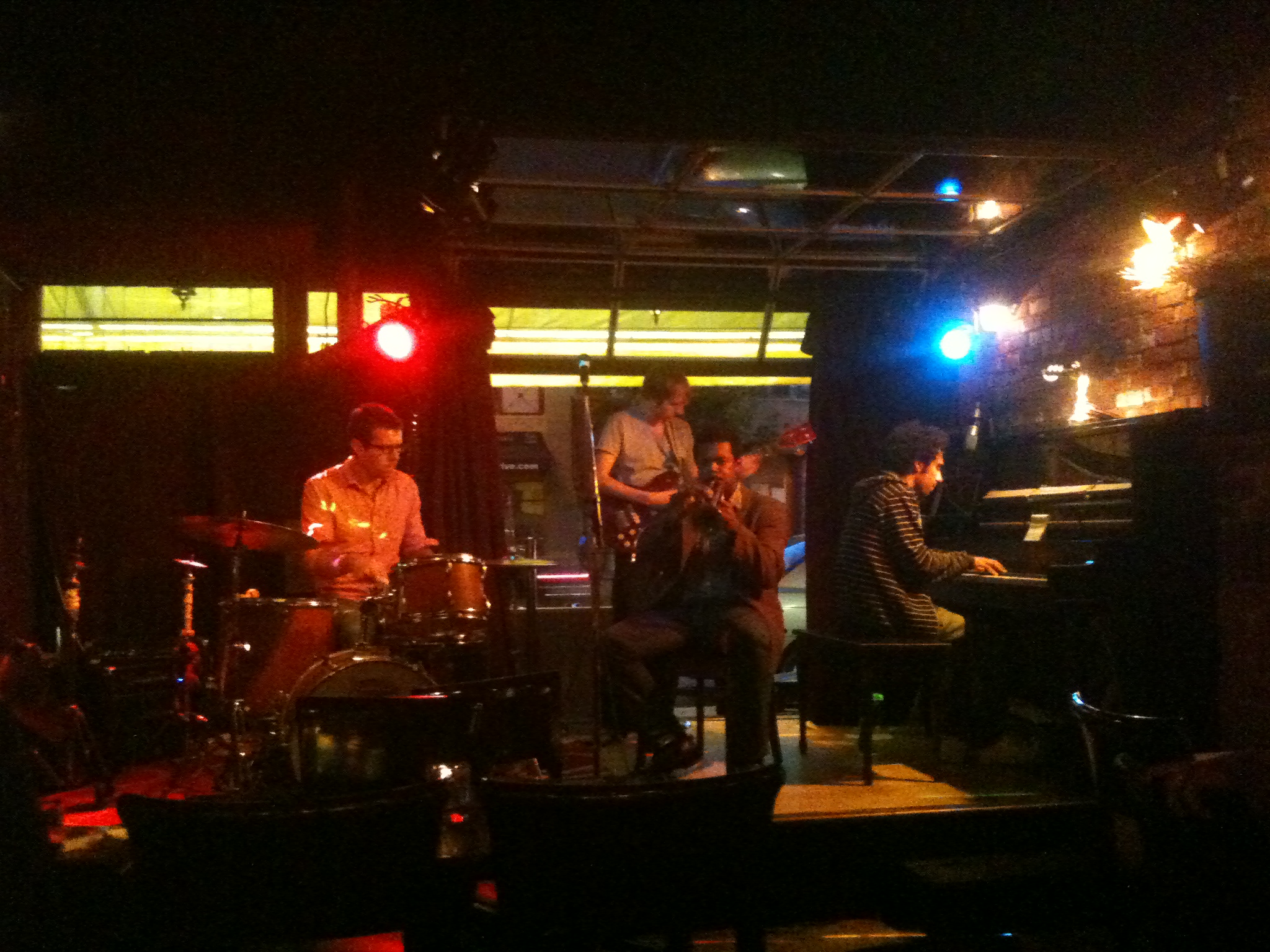 It’s been an eventful week for Atrux.

The final shows of the Gridlock series were last weekend and in addition to having a house full of musicians and playing tour guide around Vancouver, I got to hang out with some of my favourite people in the world. Clinton Patterson, Joshua Van Tassel, Graham Chapman and Josh Charney made up our “Band of Awesome” and as you will hear from the recordings that title is well deserved.

On top of being fantastic musicians, they are all great guys, who had as warm a welcome for the city that Atrux calls home, as Vancouver did for them.

We also “found” a great new venue, which if you’ve been following the progress of the whole Gridlock series, is not an easy thing to do in Vancouver. The Greedy Pig on Cordova occasionally has live music and were generous enough to book us a show on really short notice. Killer Bourbon selection, great staff and an appreciative audience. Atrux will definitely be putting on shows here.

Another great thing about the Gridlock artists is the level of trust that exists between all of us: I didn’t hear an entire program before any of the shows, but all the music was been strong and original. This week was no exception, as the material Clinton wrote specifically for Vancouver really brings the noise. It’s almost equal parts jazz and hip hop and blues and soul and everyone (from my parents, to random people on the street) was into it.

We’re working on the recordings and have high hopes for the forthcoming release, but for now here’s some photos and video of the Band of Awesome’s time in Vancouver: 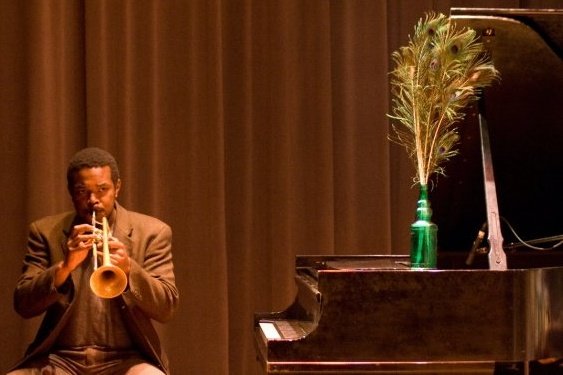 Clinton is from Georgia.

I don’t necessarily think that’s the most important thing to talk about, but it was the first thing that I learned about him.

I had just arrived in California and he was one of the first people I met. Prior to our first conversation the only time I’d heard a southern accent was on TV. To say I was terrified would have been an understatement; I couldn’t understand anything he was saying and kept having to ask him to repeat himself. Finally I just resorted to guessing, rather than asking. I’m sure this lead to some interesting answers and he probably thought this Canadian was a little bit crazy. I spent most of the night hoping that I wouldn’t be guessing at answers for the next two years and realizing that TV really doesn’t give southerners enough credit. I had no idea how prominent a feature in my life that accent would become.

I got to spend a lot of time listening to Clinton play while we were both at CalArts. We’d wander the hallways and Clinton would improvise and I would just listen and try to figure out what made his music so compelling. I never figured it out, but I think it might have something to do with how honest and genuine a performer he is. I was surprised, years later, to find out how many of those early improvisations became tracks on his first record.

The jazz program was probably the highlight of my time at CalArts, and though the school was pretty open, my friendship with Clinton meant that I got to listen to a lot of jam sessions. The thing that stands out most about Clinton was how versatile a musician he was, even back then. Whether it was a trio playing straight ahead swing, a large ensemble free jazz experiment or a Rhodes driven party band, his musicality always stood out. Our first year, he started playing piano and suddenly it was like this whole new musical world opened up. He started playing a lot more Latin music (along with forming a band with one of the greatest names ever: “The Point Bonita Gentlemen of Leisure”) and funk, reminding me that one of the greatest inventions of the 20th century was the Fender Rhodes. He was a pretty intimidating musician to hang around with then (I remember one particularly embarrassing jam session where I suddenly forgot how to count) and he just keeps on getting better and taking more chances musically and really growing as an artist. He does all of this while maintaining what I at first thought was a stereotypical southern charm. I later learned this was something completely genuine. There’s no ego and no swagger with Clinton, just a really huge smile. He’s a great reminder that music can be many things and that it’s okay for (at least) one of them to be fun.

He called me recently and told me that he bought an electric guitar. I jokingly mentioned something about rock stardom, to which Clinton responded, “That’s the idea”. The music that he’s working on now has definitely evolved, but in a lot of ways it still has that same feel as those first hallway improvisations; extended chords and surprising rhythm, and this voice that is somehow both foreign and familiar.

He’s working on a new record with a bunch of great people in LA and I can’t wait to share this one. I have a feeling it’s going to be fantastic. When I approached him about possibly coming up here and doing a show, he jumped at the chance. He calls me with Vancouver updates to make sure I know he’s been rehearsing and wants to play as many shows as possible, meet some local musicians (he’ll be teaming up with drummer Joshua Van Tassel from Toronto and is also bringing up some friends from LA) and check out the VanCity hangout.  We’ll also be recording an EP while he’s here, which may end up being the first release from Atrux Records.

I’d like to say that all artists are this easy to work with; maybe it’s something they put in the water down south.